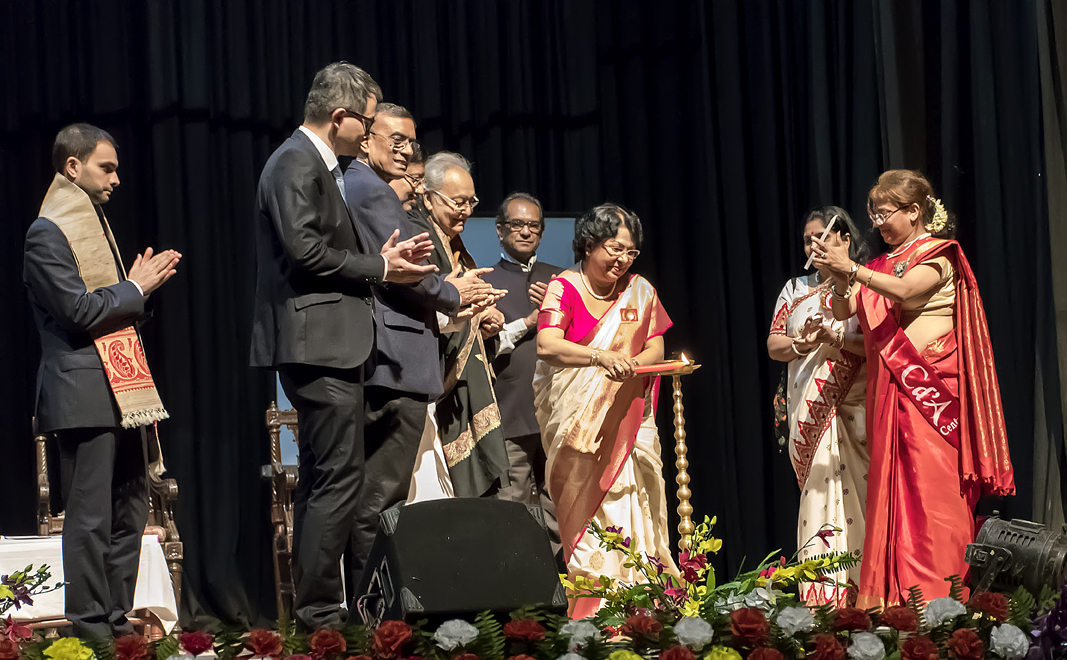 After lightening of ceremonial lamp and a “Ganesh Vandana” there was a recitation by veteran and eminent actor, SoumitraChatterje on two poems by renowned poet and “Janpeeth” award winner Sri Sankha Ghosh. Two special messages from the founder of modern language Mr NaomChomski, and eminent scientist Dr Mani LalBhaumik, were also read out which were  one of the major highlights. A video presentation by Mrs Minoti Mukherjee, Director, showcased the journey of CDA Global Language centre from a humble beginning of 6 students to now as one of the most trusted foreignlanguage training centre in Kolkata with over 10000 students taught.

The highlights of the programme included Indian and western song,   a “BaulSangeet”, a Spanish song and ballet and a western contemporary dance.  It ended with a dazzling cultural dance “AmritasyaPutro” organised by Mamata Shankar and her group, showcasing importance of language and culture across the globe.